I was anxious to get back home from Little Rock, but I couldn't resist another barbecue stop in Memphis on the way. For some reason, Cozy Corner seemed like a better pick than some of the more well known places. This would make my seventh smoked meat meal in six days, so I might need to slow things down a little. I'm sure my future cardiologist would agree. 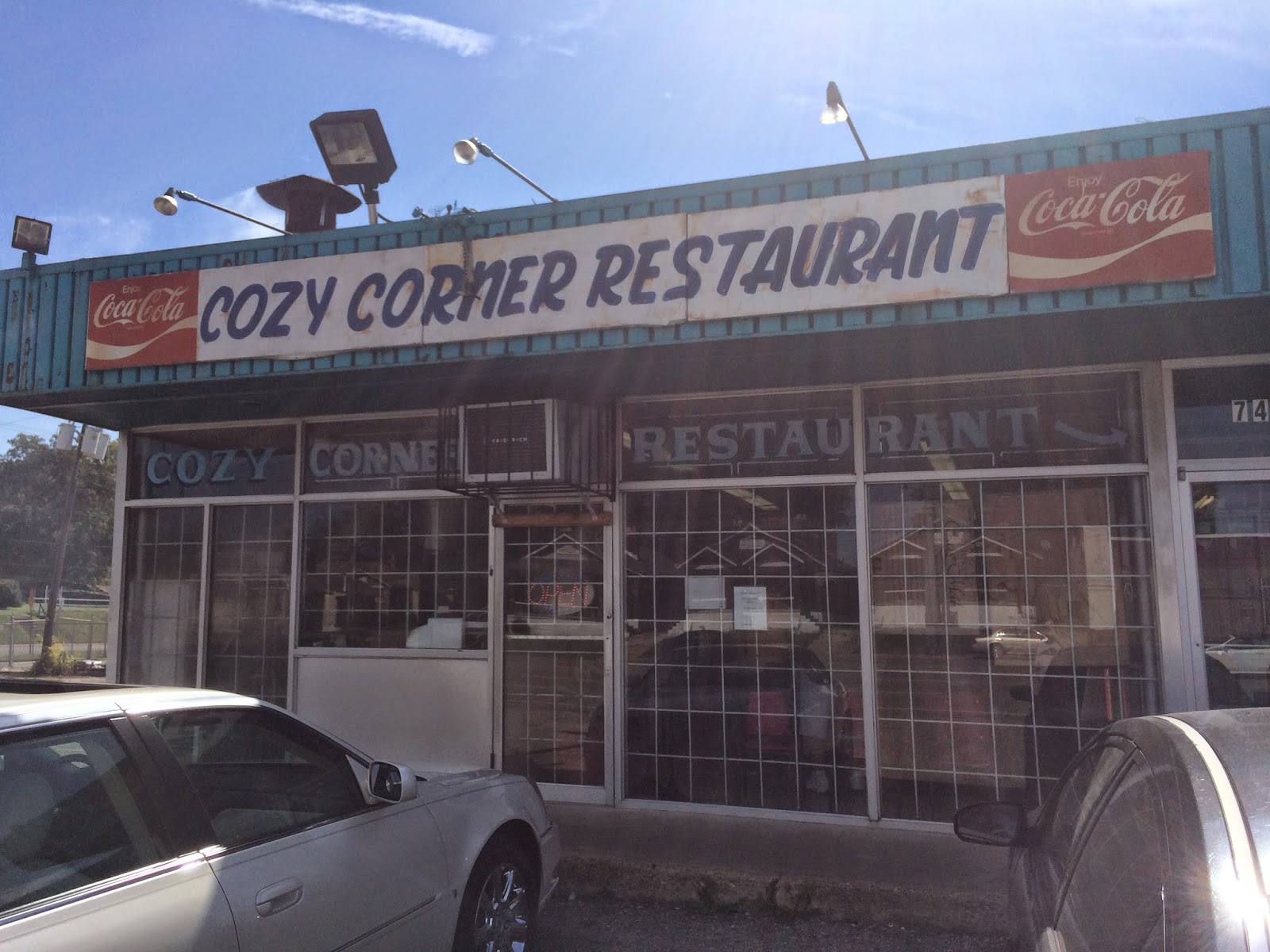 Despite their generic name, Cozy Corner Restaurant is definitely a barbecue joint. This place doesn't look like much from the outside, or the inside for that matter. It seems like little has changed since they opened doors in 1977. When it comes to barbecue, I learned long ago that some of the best meat often comes from small, humble operations like this one. I'm sure these guys do just fine in the finance department, but it's clear that their main goal is simply to serve folks the best barbecue possible. 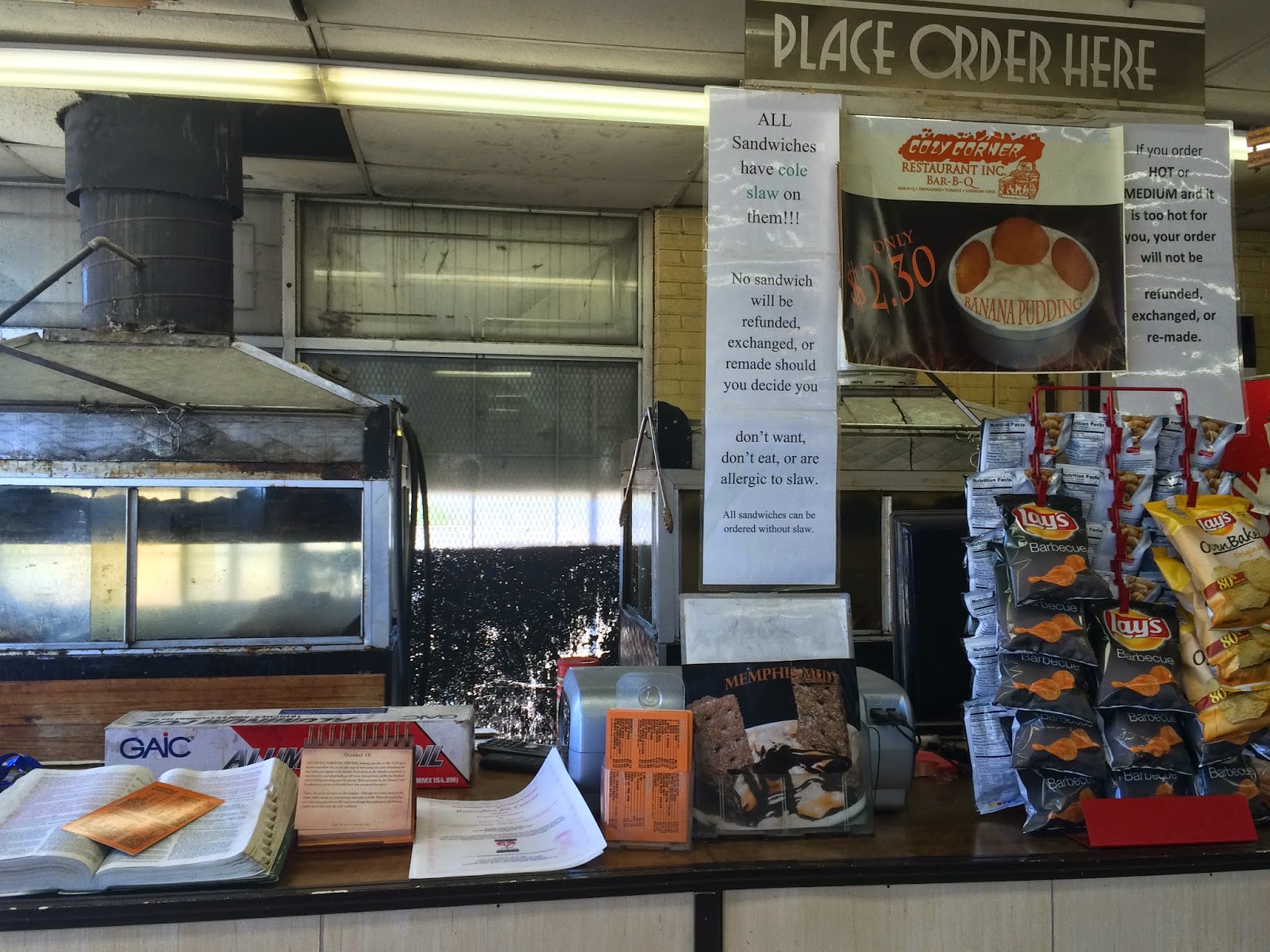 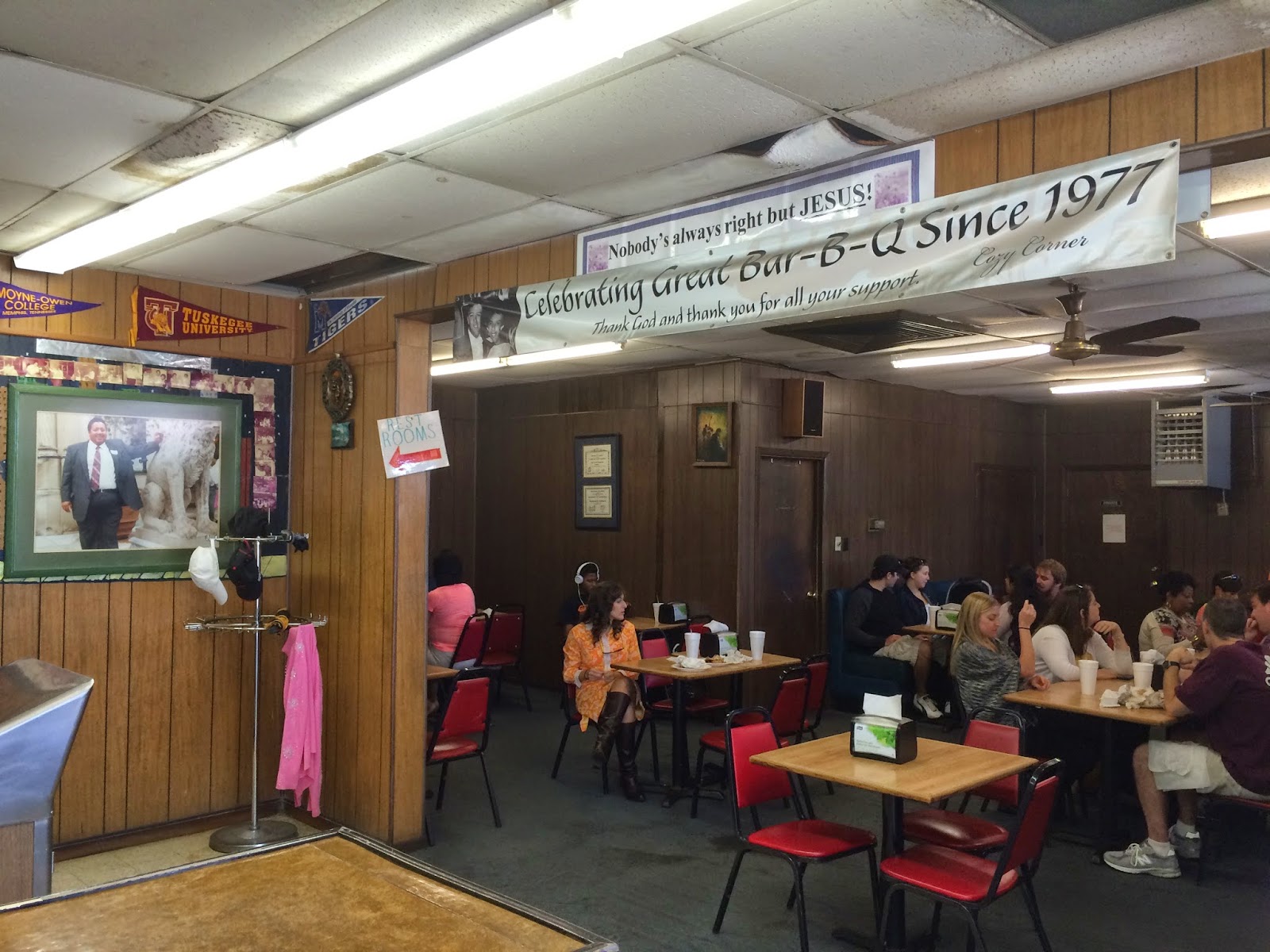 I was initially considering an order of their smoked Cornish hen, which isn't something you'll find in many other barbecue joints. When I rolled up and started taking a few pictures, another customer instantly instructed me to try the ribs and the chicken wings. As he put it, "You can get pulled pork anywhere, but their ribs can't be beat." Who am I to question such enthusiastic advice? I ordered a 2-Rib 2-Wing Plate, dry rub on the ribs of course. I also picked bbq spaghetti and potato salad as my side dishes. 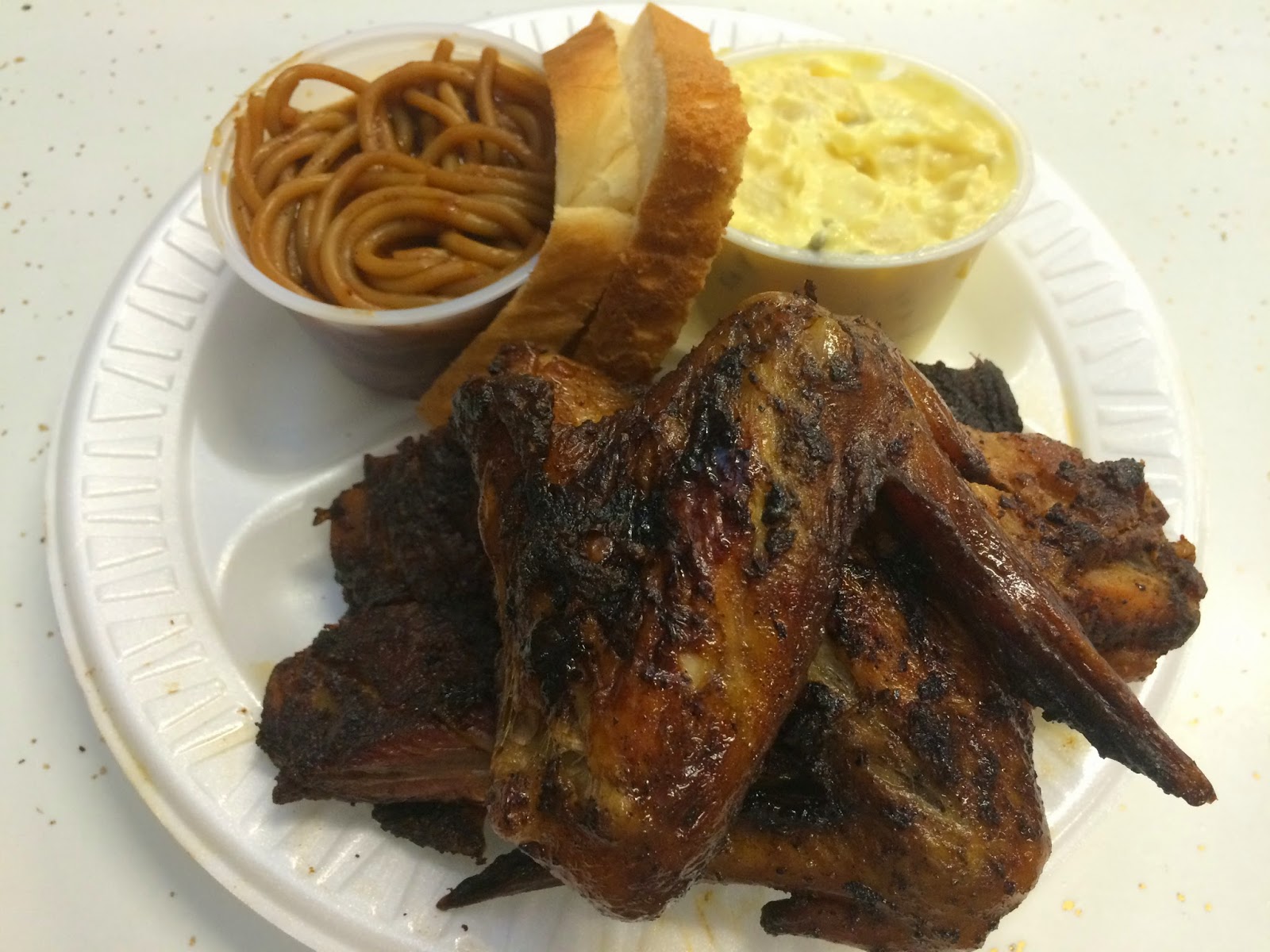 The potato salad was creamy and sweet, with just enough in the veggie department to add a little texture. It tasted like a mustard/mayo combination, which is the best kind in my opinion. I've never had bbq spaghetti before, but apparently it's a pretty popular side dish in Memphis. The spaghetti tasted just like you'd expect: pasta with barbecue sauce. It was also a touch spicy, suggesting chili powder.

Cozy Corner's ribs were thick and meaty with a nice dark crust. The heavy dusting of coarse black pepper was actually reminiscent of central Texas-style ribs, and that's quite a compliment coming from a native Texan. I found great smoke, mixed with the unmistakable flavor of charcoal. The meat was also cooked perfectly. It clung to the bone, but came away cleanly with each bite. Wow, outstanding.

Their huge smoked wings were awesome, too. Not to tempt fate, I got my wings mild rather than hot. The peppery skin was crisp and absolutely packed with flavor. It had soaked up the smoke quite nicely. The tender meat below was also very juicy. I could have eaten a dozen of these, but then I'd likely fall asleep at the wheel.

My grandpa used to say that you could always tell a Bohemian girl because she'd have poppyseed in her teeth. Along those same lines, you can always tell a good barbecue joint because you'll leave with your teeth coated in black pepper. Cozy Corner may not have as much notoriety as places like Rendezvous, Interstate, or Corky's, but this little spot should be on the top of everyone's to-do list.