Getting ready to move is always hard, especially when there are so many people to say goodbye to. I was down in Oak Cliff visiting my friend and his new baby, which also happened to be just a few miles from the Bishop Arts district of Dallas. It was a no-brainer to pick Lockhart Smokehouse for dinner. 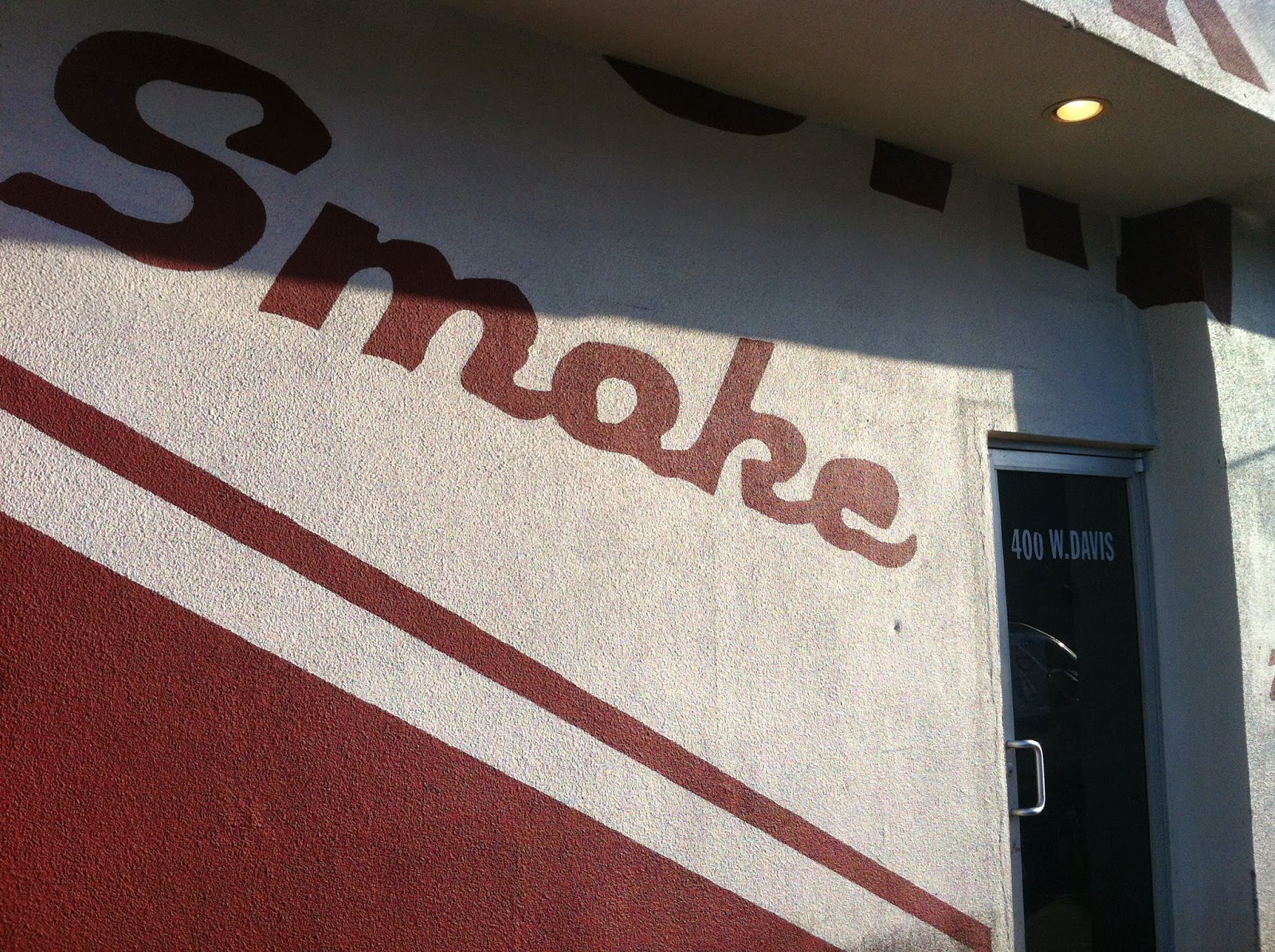 There are some folks out in the blogosphere who claim that Lockhart Smokehouse is hit-or-miss. I've had the pleasure of eating barbecue from Lockhart on several occasions now, and it's always phenomenal. The care and attention that goes into their food is readily apparent, from both the meat itself and from watching pitmaster Will Fleischman hard at work behind the counter. 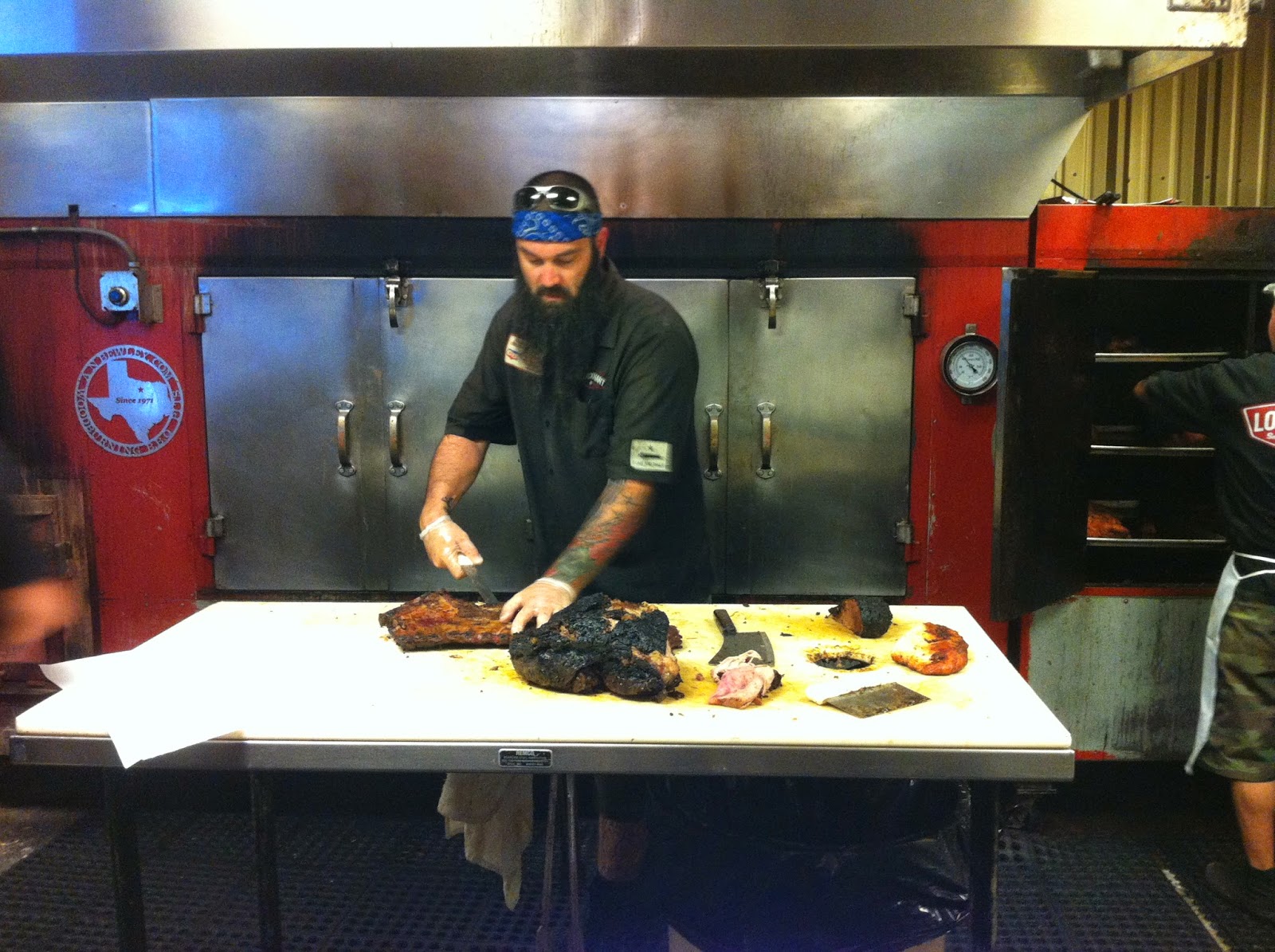 I thought I had learned my lesson about over-ordering at Lockhart, but apparently not. It's hard not to try a little bit of everything here. We ended up with a half-pound of brisket, a half-pound of beef shoulder clod, a half-slab of pork ribs, and a few of their original Kreuz sausages. The side dishes here are also really tasty, so we added on potato salad, macaroni, and deviled eggs. 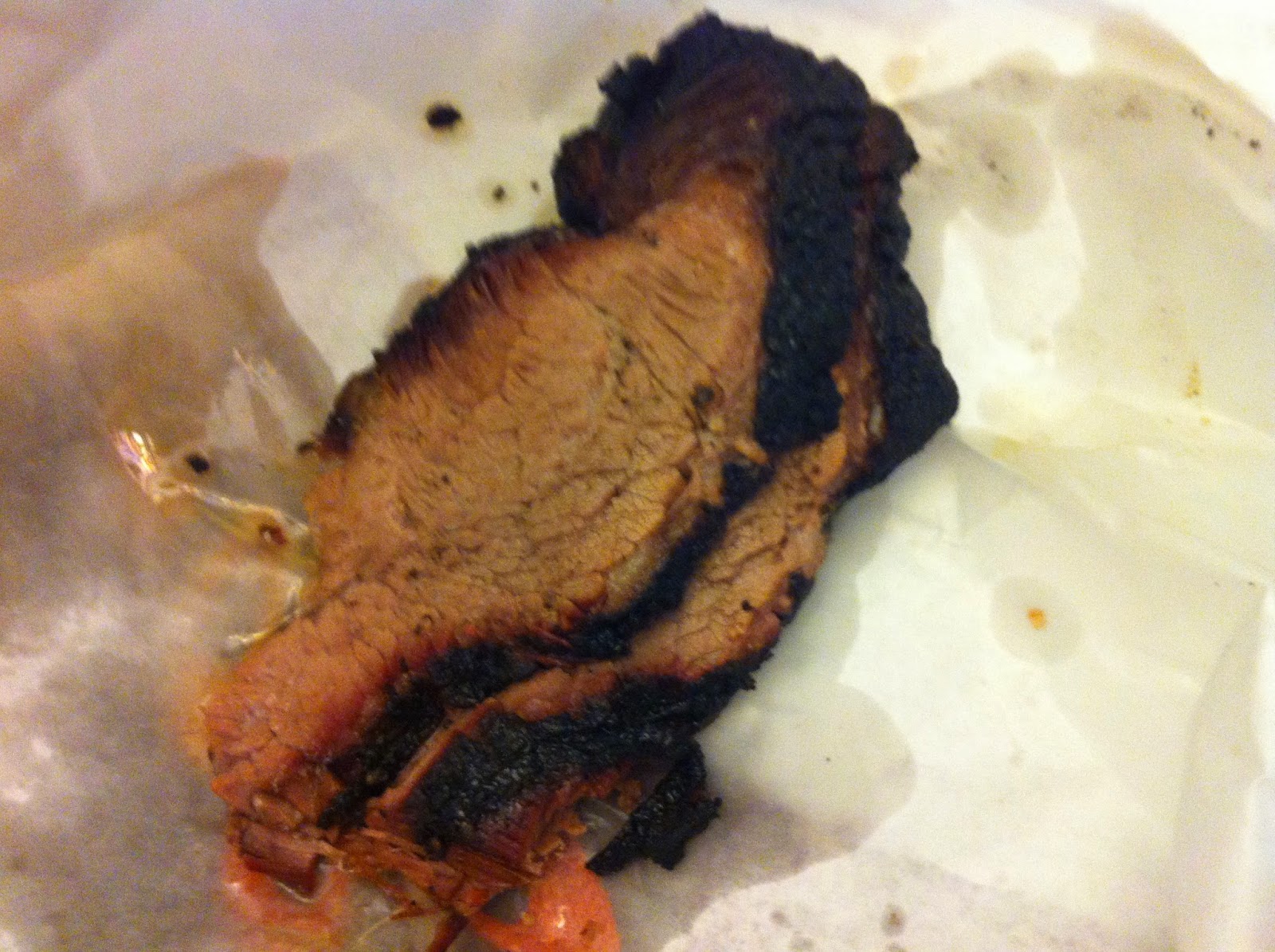 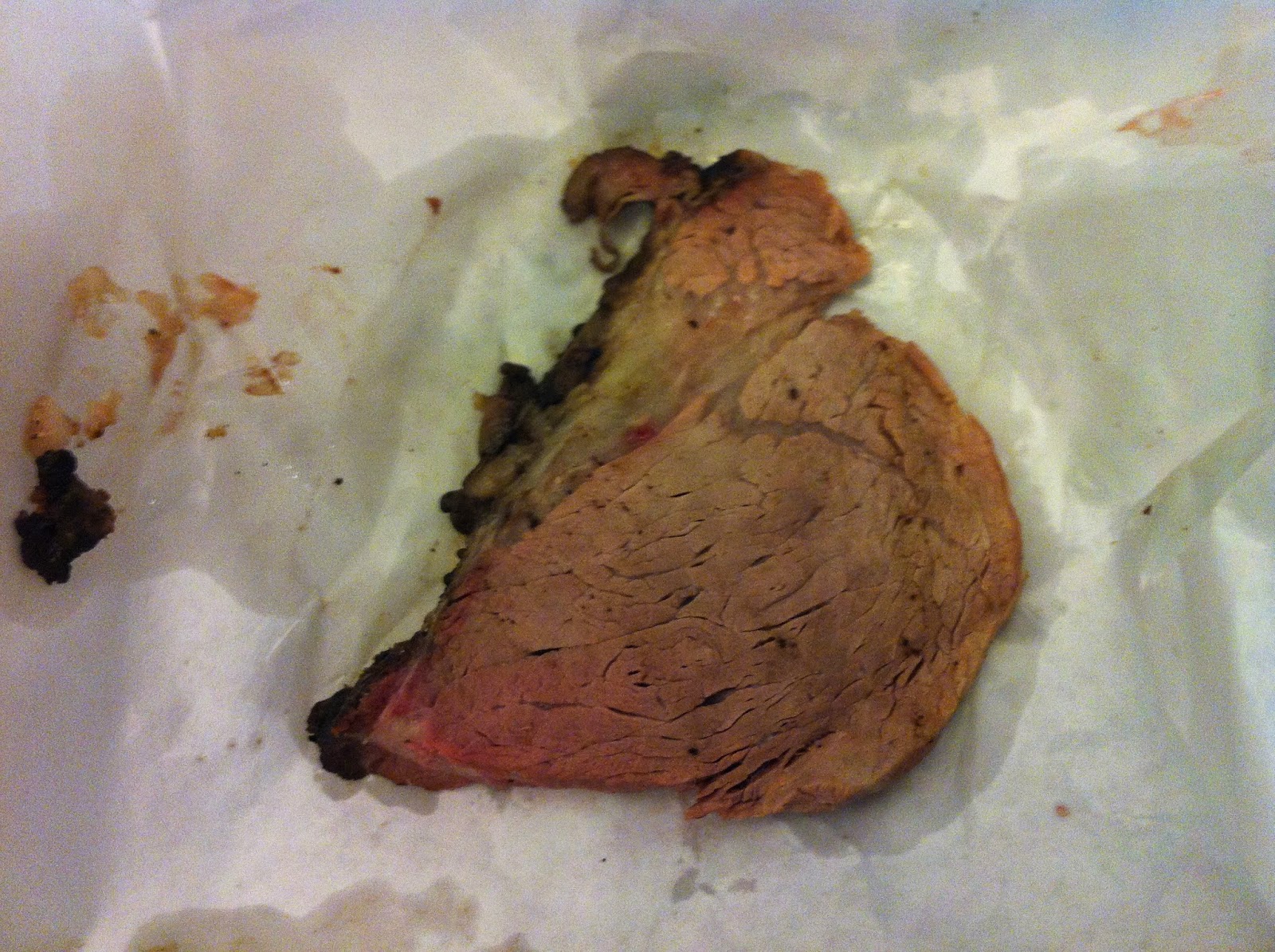 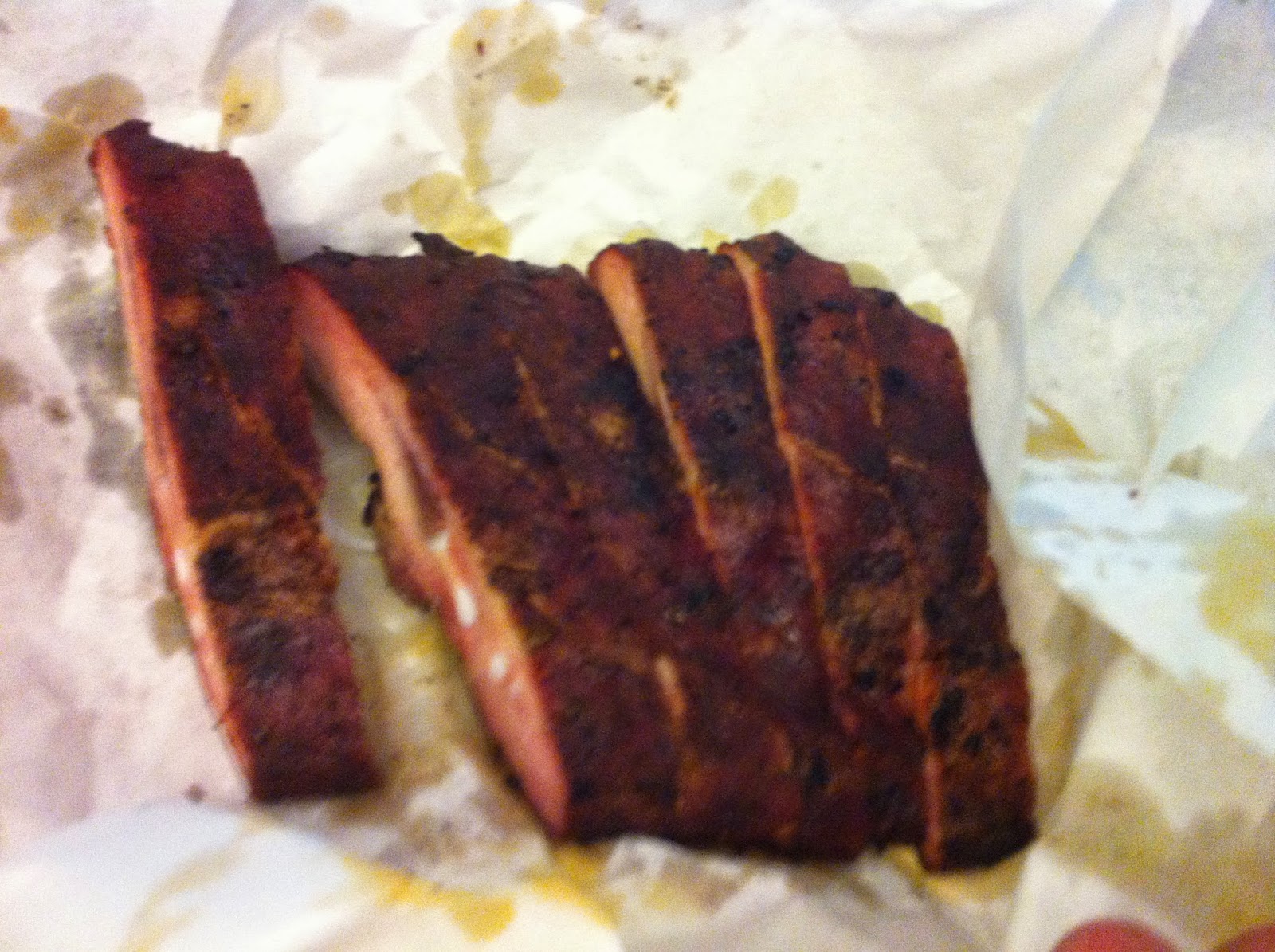 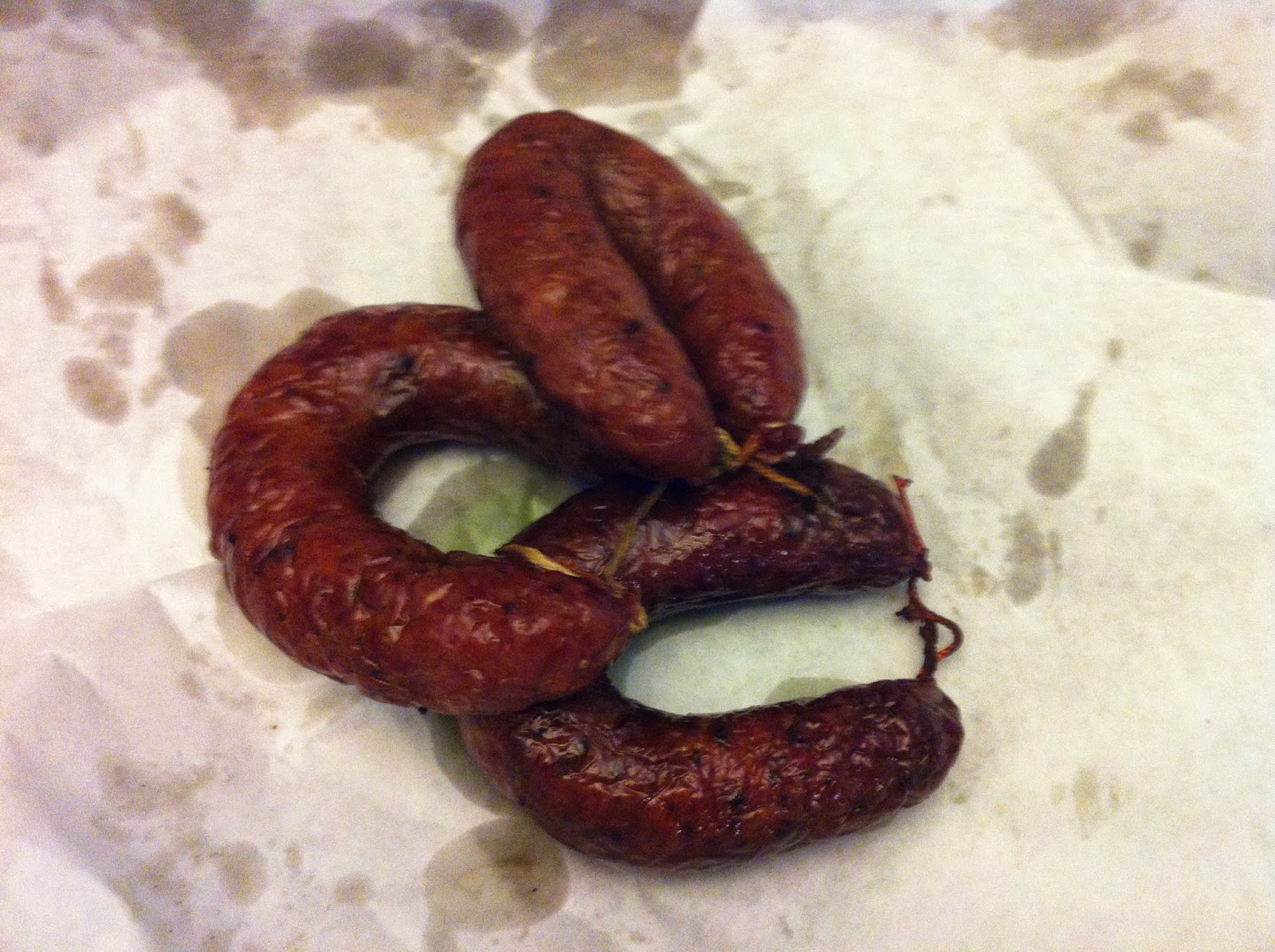 Lockhart's potato salad isn't mustard or mayo-based, but instead comes in their house dressing. It's like German-style potato salad, but with more flavor and spices. The heat level is also really nice. Their mac and cheese seemed exceptionally creamy today. It's very tasty and clearly homemade. This was my first run-in with their deviled eggs, and I'm really glad they found their way into our order. Lockhart fills their eggs with meats based on a rotating schedule, though I neglected to inquire as to today's meat. There was quite a bit of paprika covering it, but I think it was brisket. Regardless, the flavors are fantastic. There is also a nice spiciness to the eggs that pleasantly lingers.

As expected, the sliced brisket was terrific. Typically I have a specific request for my brisket, but today it came out perfect on its own. Each slice had tons of seasoning, especially on the bark (which there was plenty of). There was also a nice amount of smoke. The meat looked solid enough, but was so tender that it crumbled with the slightest touch. I was forced to share the half-pound with my friend, although I seriously considered taking it all and running out the door.

The beef shoulder clod is one of Lockhart's specialties, but this was my first time trying it. This was clearly a leaner cut of meat than the brisket, although what fat there was had been nicely rendered. The crust tasted great, and there was a good smoke level beneath. I wish more barbecue joints would include clod so I could eat it regularly.

It's often difficult to estimate how many ribs to order, but the spare ribs here are so big that a half-rack is plenty for 2-3 people to share. The meaty ribs had a smoke ring that went almost all the way through. Actually, they had the most smoke of all the meats today. The crust on Lockhart's ribs is always very tasty, and the tender, juicy meat is just as delicious.

Their sausages are definitely some of the best in DFW. I know they aren't made in-house, but they're still fantastic. The coarse meat is packed loosely into very crisp casings. I really enjoy the simple seasoning blend, which is predominantly salt and black pepper. A lot of barbecue joints have trouble inserting smoke into their sausage, but Lockhart seems to have conquered that problem quite nicely.

My goal is to visit as many barbecue joints as I can before leaving Texas, although part of me wants to end on a high note. Lockhart Smokehouse is definitely a benchmark that's hard to beat, so maybe I should quit while I'm ahead.