I had already eaten barbecue for lunch and I had a pending dinner date with my wife, but sometimes it's hard to resist the call of the 'que. I decided to take a quick pit stop in Athens, Texas and find myself a light snack. 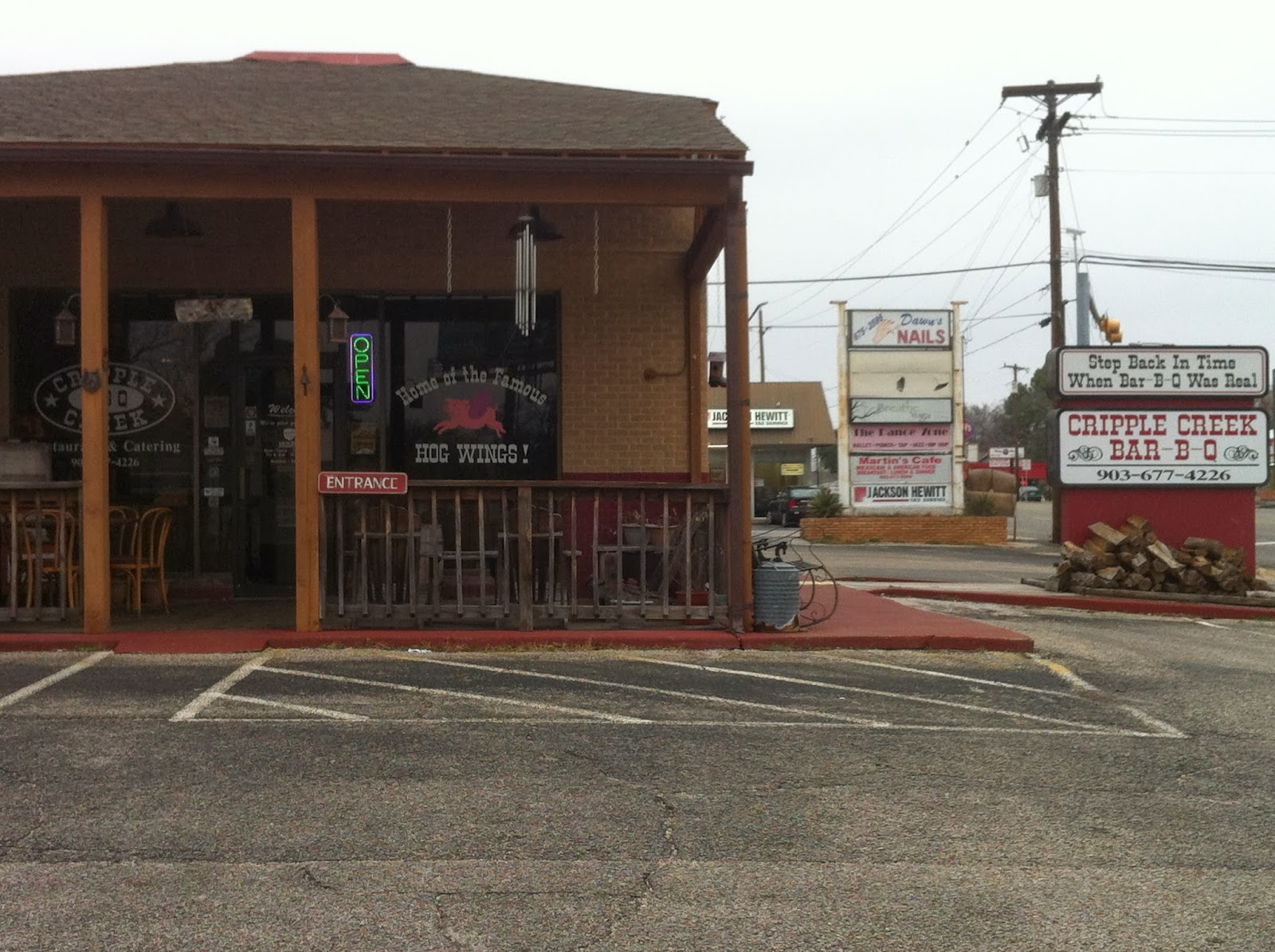 Cripple Creek made the Texas Monthly Top 50 back in 2008 (they publish every 5-6 years), but was snubbed by the current 2013 list. Even if it was no longer top shelf, I was sure to find some fairly tasty meat here no matter what. They're clearly going for an old west, wagon wheel atmosphere at Cripple Creek, but it comes off as more of a sad western antique store. Customers were few and far between mid-afternoon on a Monday, so a to-go order seemed appropriate. 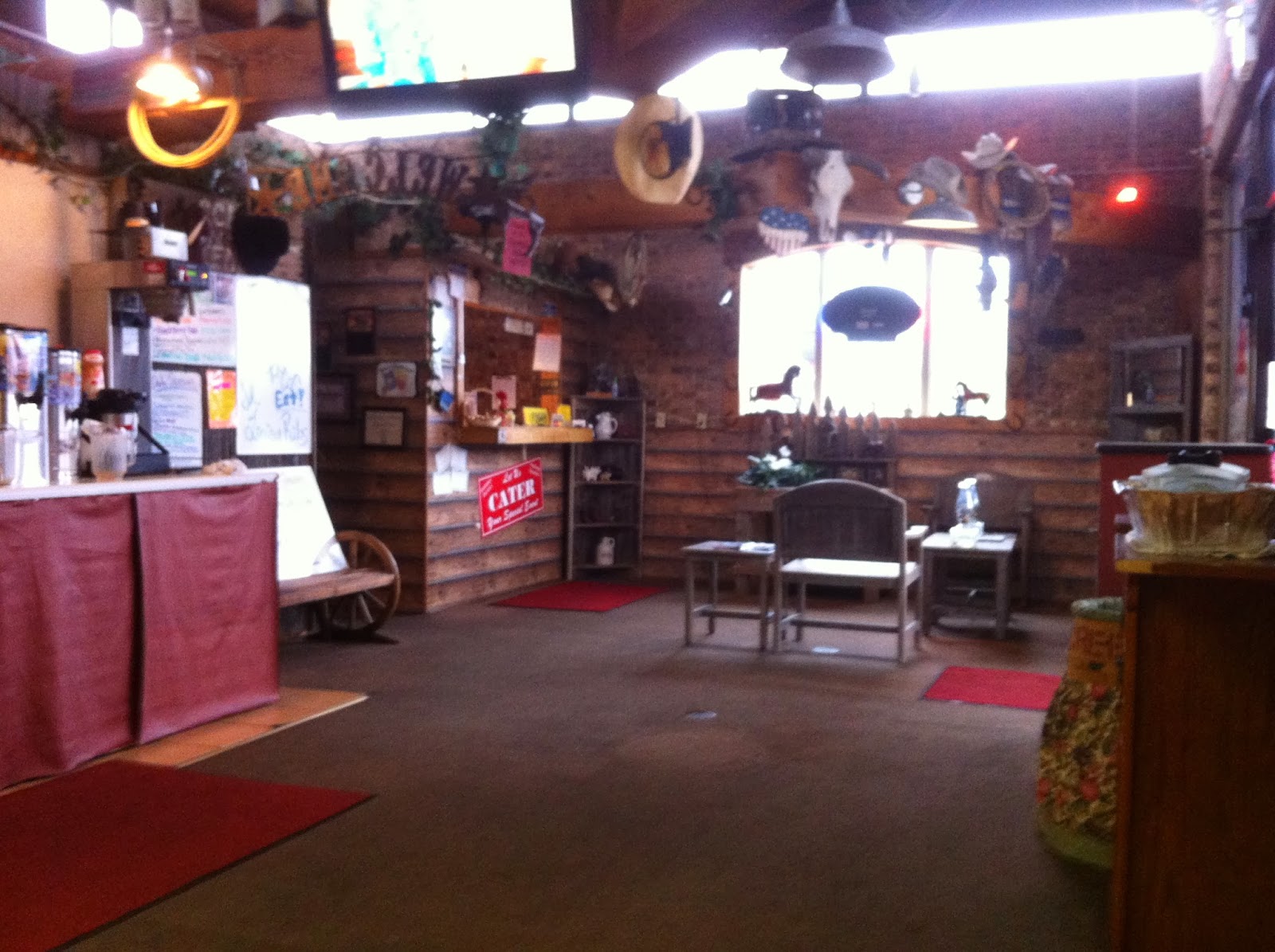 This place has all of the usual barbecue offerings, but the big surprise you'll find here is something called "Hog Wings." I think we're all familiar enough with porcine anatomy to assume that the "wings" label is an intentional misnomer. Actually, the Hog Wings are small smoked pork shanks that have been whittled down to resemble chicken legs. If that wasn't outside-the-box enough already, they also come with a sweet and spicy chili sauce for an added Asian twist. 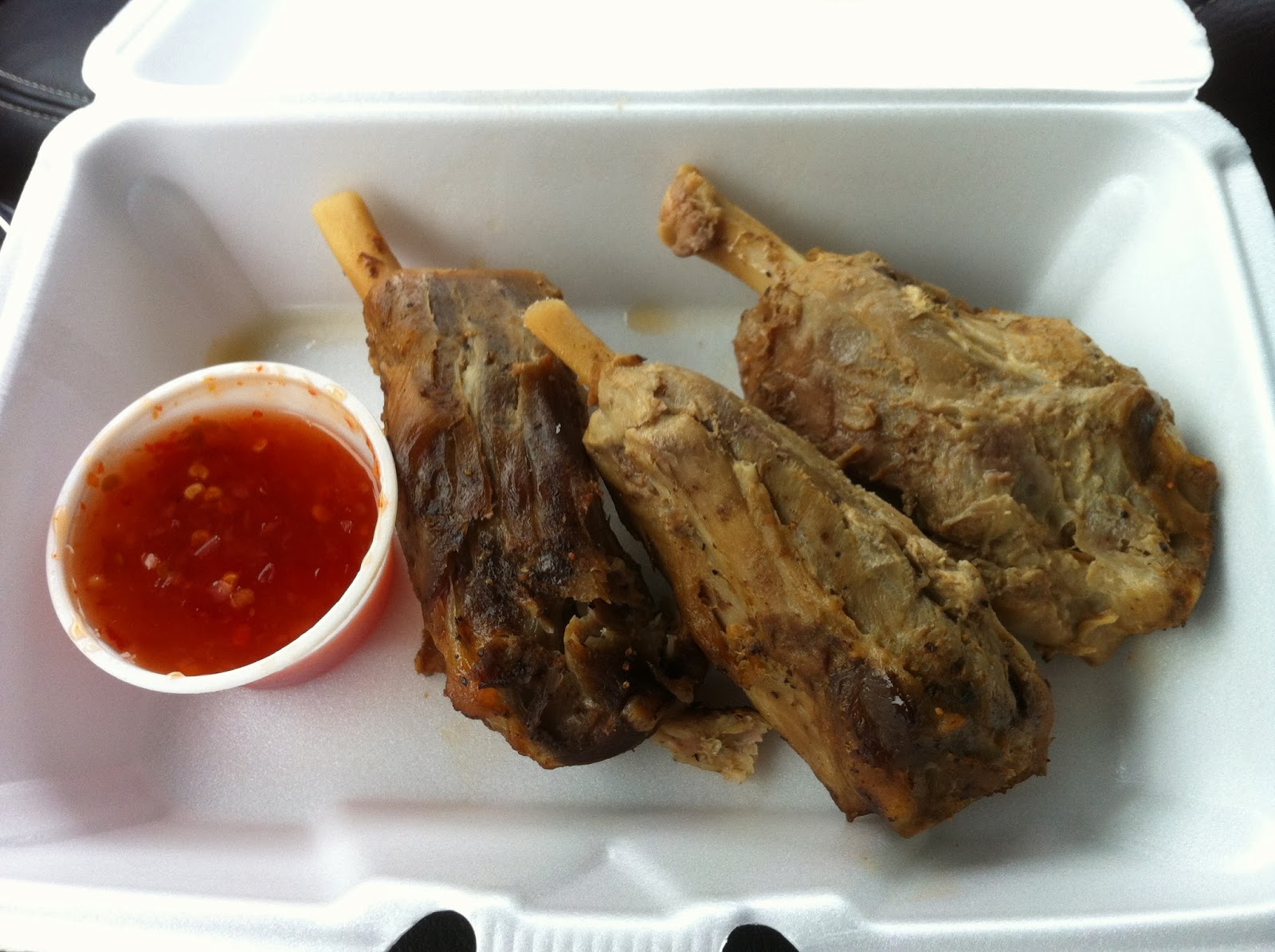 When I unwrapped my order, I found meat that looked pretty grey and lifeless. That being said, these pork shanks were extremely tender and juicy despite outward appearances. I also found more smoke than I had anticipated. Even though it was somewhat lacking in the seasoning department, the meat was really pleasant to eat on its own. The straight-from-the-bottle chili sauce didn't add much in terms of heat, but did add an interesting sweetness to the pork. For my money, I would have preferred a traditional bbq sauce over the halfhearted attempt at Asian fusion.

Cripple Creek may have fallen a tad short of expectations, but it was still a tasty roadside snack nonetheless. I'd definitely give them another try to see if the more traditional barbecue offerings can pass muster.