Lately I've been searching for a good butcher shop. Nothing fancy, just something better than the Kroger meat department. When I discovered that a small barbecue venture known as The Gambling Stick operates out of east Nashville's Porter Road Butcher on Saturdays, I had no choice but to check things out. 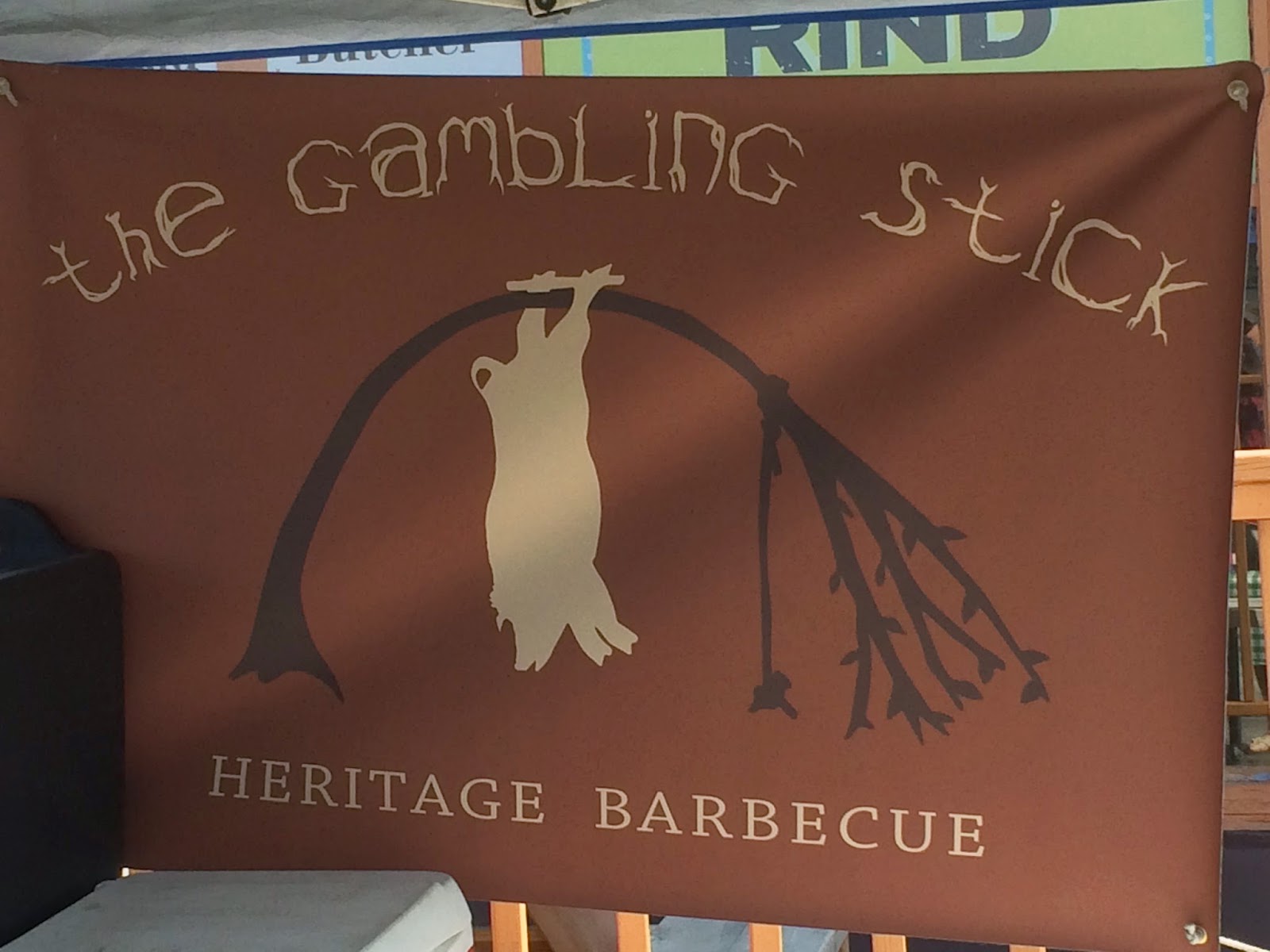 What exactly is a "gambling stick"? Well, according to their Facebook page: "The gambling stick is an old Appalachian name for a stick used to hang a pig from the limb of a tree or staked down sapling. The stick is threaded through the heels of the pig and supports its weight while being harvested. The gamble is whether or not the stick can support the weight of the pig, if not the whole contrivance could come crashing down on the butcher's head." While this certainly makes for a fun anecdote, I was more interested in their Dueling Brisket: beef brisket vs. pork brisket (pigsket). Pigsket generally isn't a commercially-available cut of meat, but one of the guys (possibly both of them) works at the shop, so he saves himself the pigsket out of each pig they butcher. I'm sure that means all of their other meats are prime cuts as well. Well played.

The Gambling Stick is a pretty simple operation: smoker, table, coolers. What more do you need? I'd love to see these guys get their own brick-and-mortar shop, but for now their beach canopy setup at Porter Road Butcher works just fine. It's a pretty symbiotic relationship anyway, so maybe that's better. The butcher shop has some picnic tables on their patio, which works great for lunch. The smell of delicious smoke was almost too much to handle. I had to get my hands (and lips) on some barbecue ASAP! 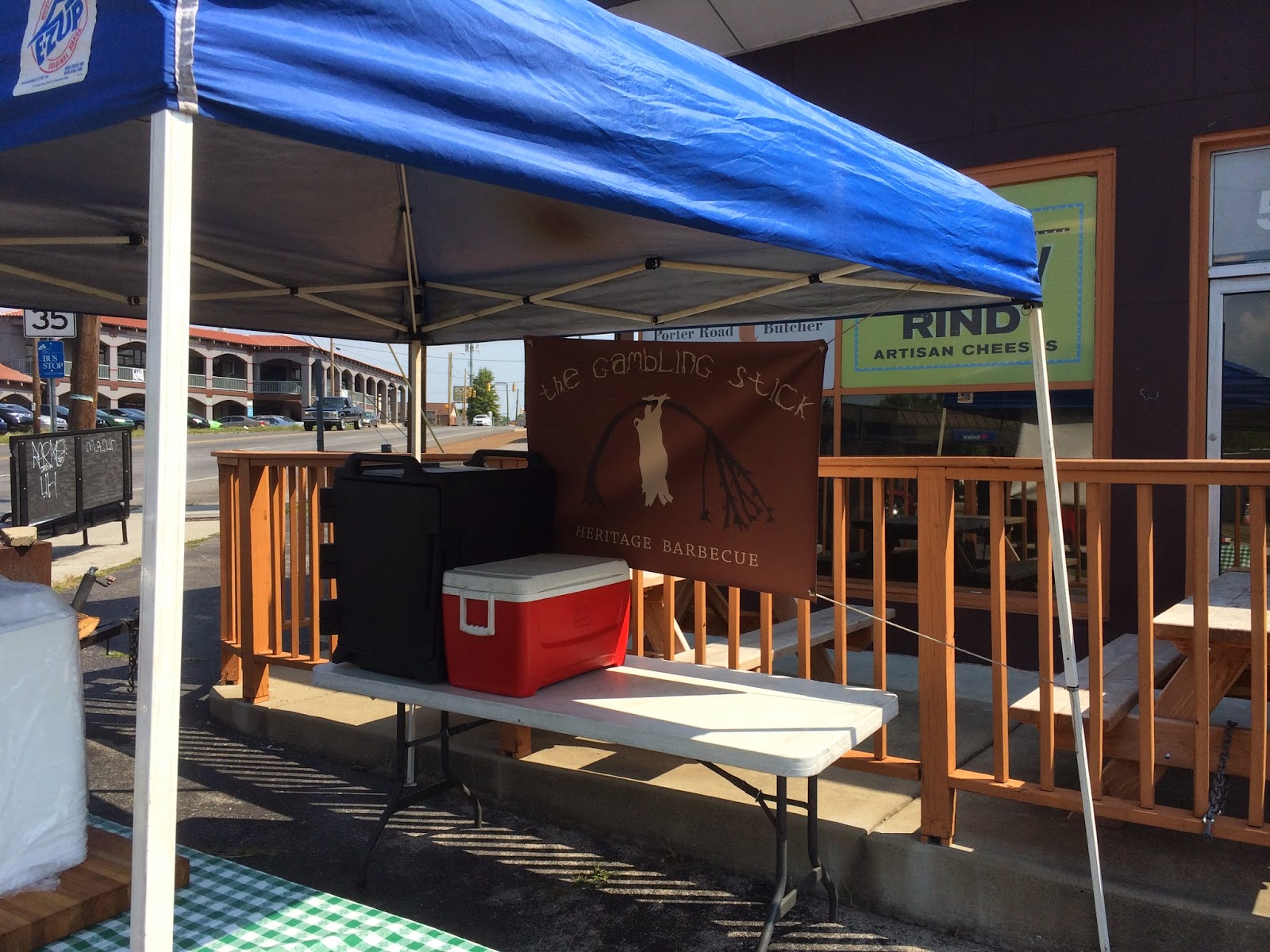 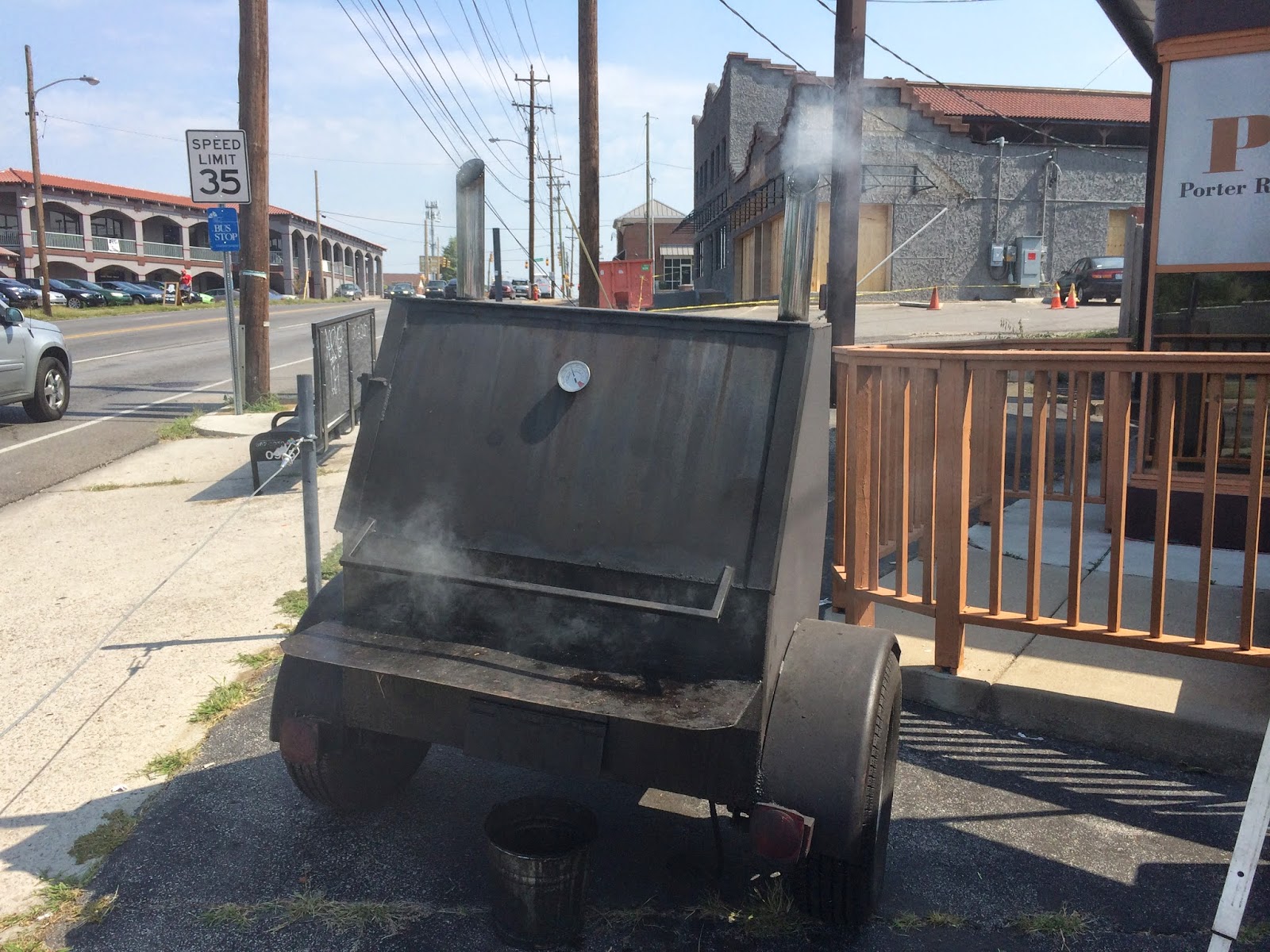 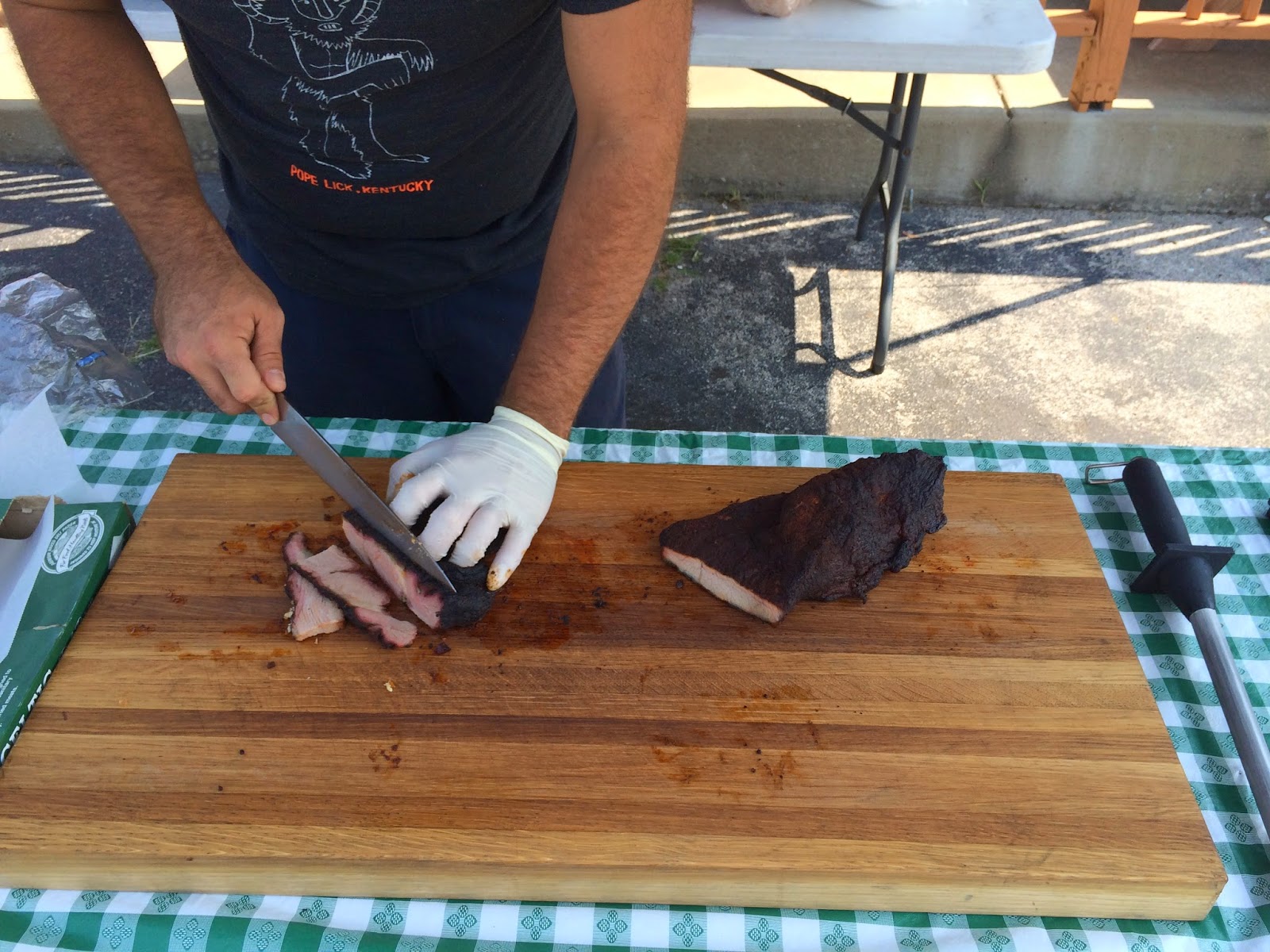 Each week The Gambling Stick has a slightly different menu. Today's special Barbecue Plate came with two meats, a summer vegetable salad, baked beans, cornbread, and sauce. Considering my third option was pulled pork, the choice of two meats was a no-brainer: brisket and pigsket. 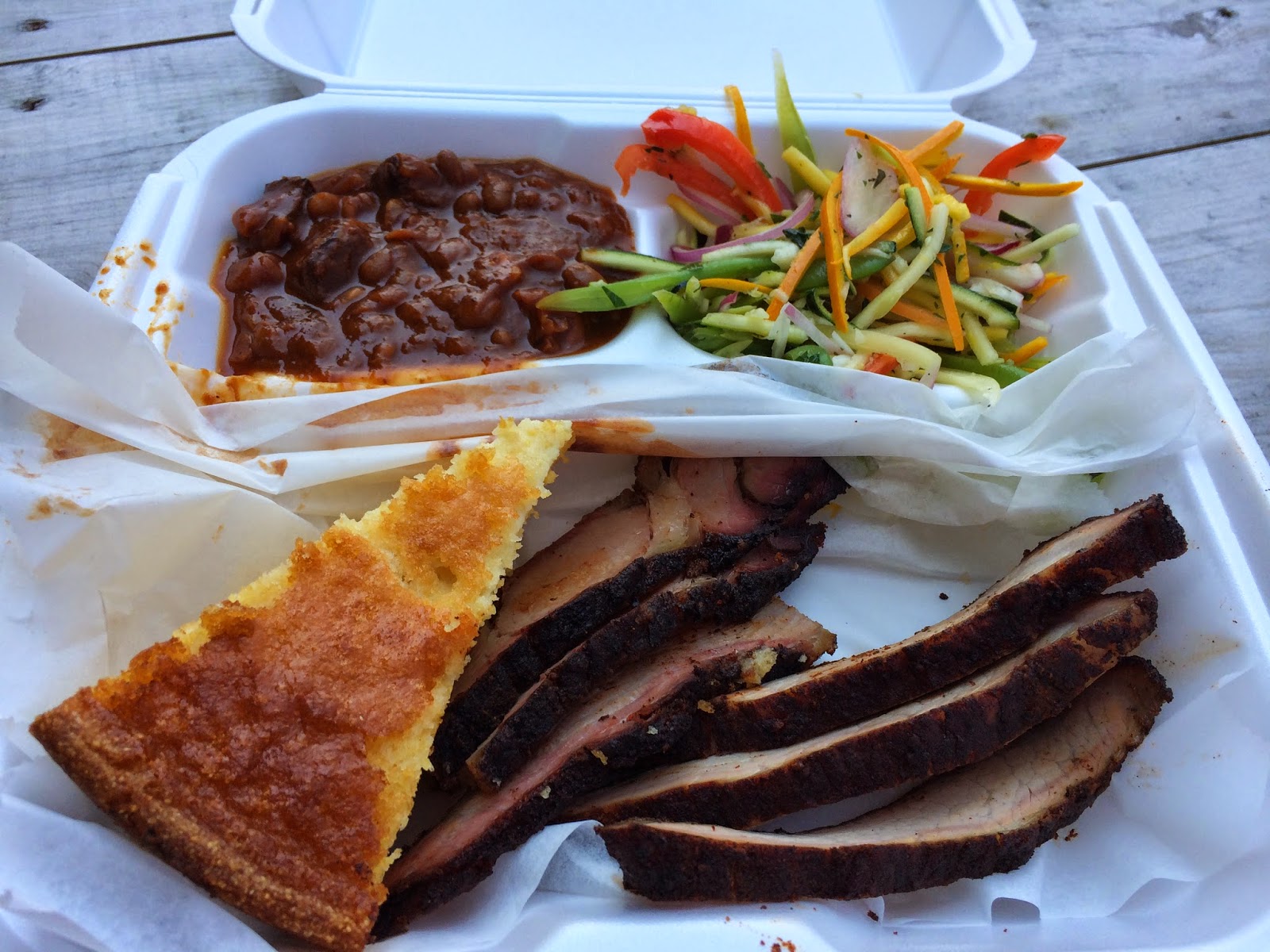 Their summer salad had quite the assortment of julienned veggies: zucchini, squash, green beans, red onion, bell pepper, and probably some other stuff. I'm not a big vegetable person, but it was actually really nice. The light, crisp vegetables were a good pairing with the heavy meat. I also really enjoyed the baked beans, which had only a slight sweetness to them and were more savory than typical baked beans. There were big chunks of meat mixed right in, coupled with just a touch of heat. The cornbread came straight from a cast iron skillet. Mmmmmmm. Sweet, buttery, fantastic.

For a native Texan, brisket was a welcome sight in a land of pulled pork. I asked for mine extra fatty, just to be sure. The crust was black as night, with a deep red smoke ring beneath. It was extremely tender, and each bite was packed with smoke and their tasty rub. I can easily say that this was some of the best brisket I've had in Nashville so far.

Even though I knew this pigsket was likely coming from the lower portion of the pig's shoulder, I still wasn't entirely sure what to expect. Overall, it tasted similar to a pork loin, except way better and much more tender. No surprise, the pigsket had a great smoke level. The combination of crisp bark and well-rendered fat was awesome. This might be my new favorite cut of pork.

The meat was so good on its own that I completely forgot to try the sauce, which is exactly the way it should be. Despite the 25-minute drive, I will definitely be back. Since I was planning on firing up my charcoal pit this weekend anyway, I also snagged a few links of beef kielbasa and some massive quarter-pound shortrib hotdogs from the butcher shop. Score.

UPDATE (August 3, 2014): As happy as I was with The Gambling Stick's barbecue, I thought I'd also share the fruits of my own labor. The shortrib hotdogs and beef kielbasa I got from Porter Road Butcher were spectacular, as were the bone-in pork steaks I had acquired elsewhere. 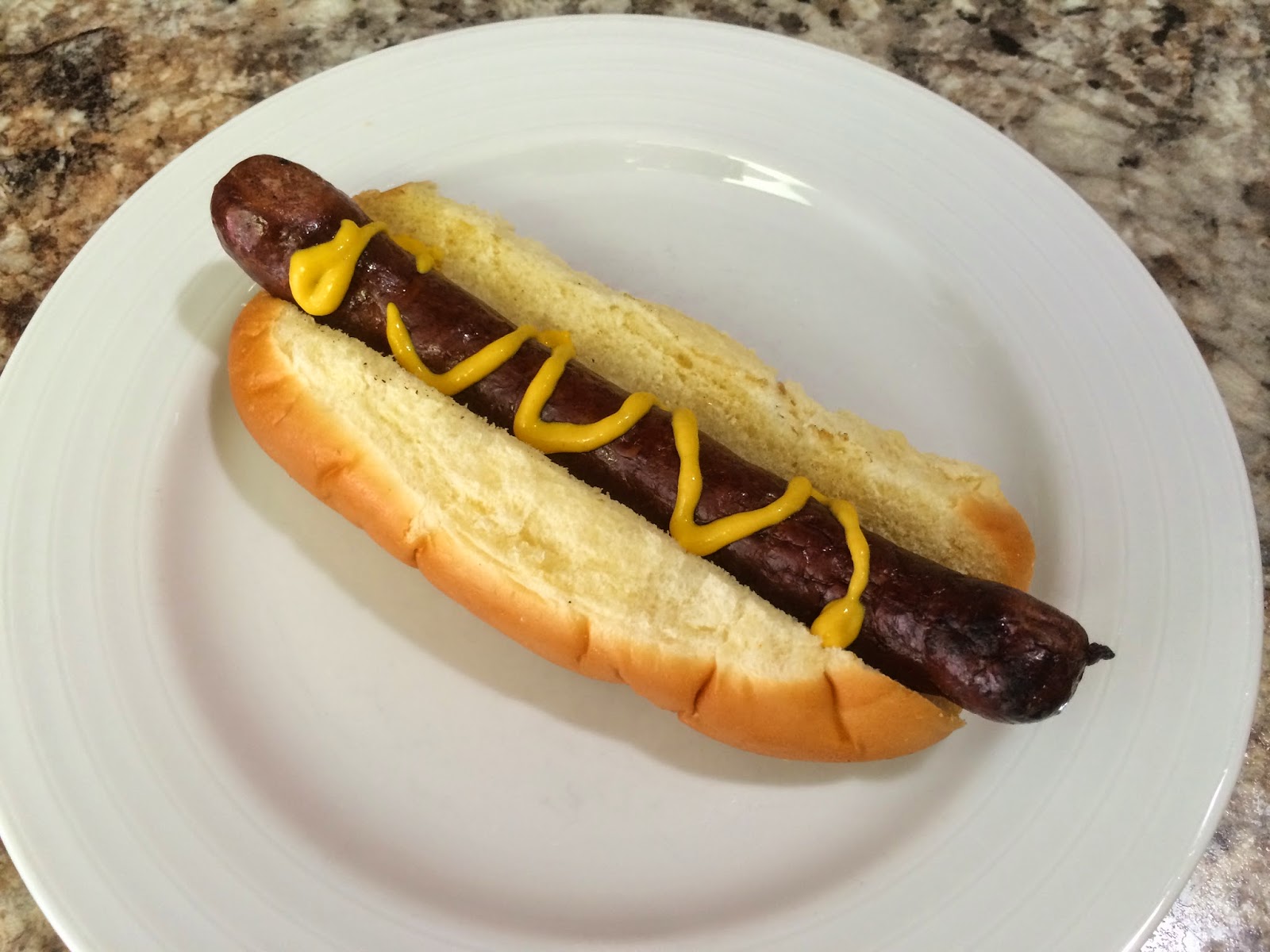 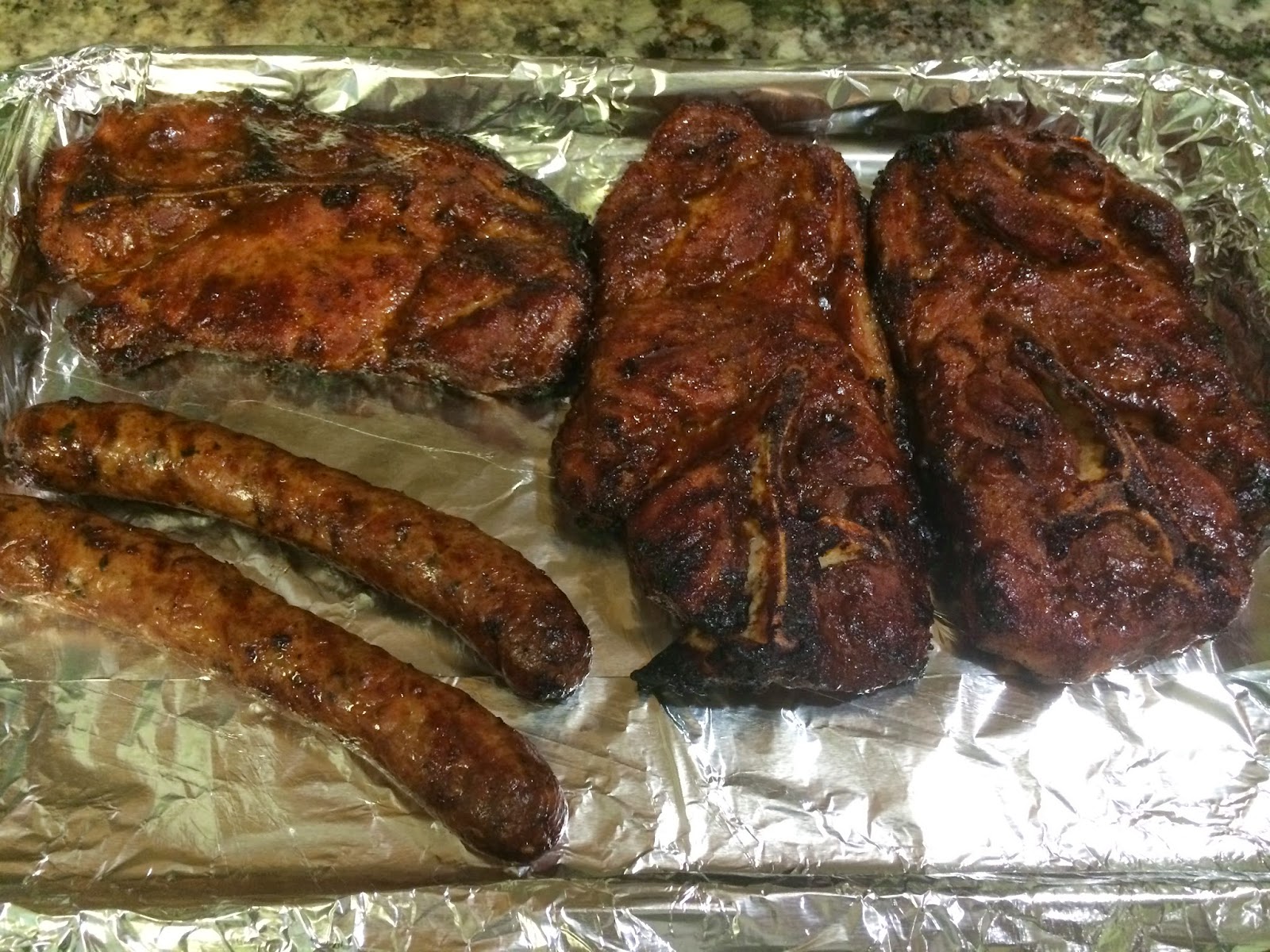